Free UK Shipping on Orders over £50

Free US Shipping on Orders over $75

Free EU Shipping on Orders over €65

Free Gift with every order over £80

Not Tested on Animals 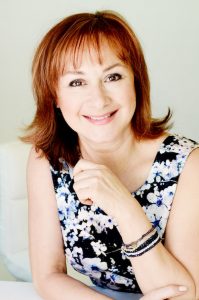 My career in make-up spans over 40 years and I can truly say it’s the job I love. When I completed my degree in Cosmetology in Canada, little did I know where my career would take me! Whilst I was forging a name for myself in Vancouver, I was head hunted to become to resident make-up artist for Biba in the UK. I moved to London in 1979 where the fashion and beauty scene were at the height of change. It was a really exciting time and I was only one of a handful of make-up artists who were the pioneers in makeup industry. I really appreciate the great work of all the photographers I have worked with like Mario Testino, Brian Aris, David Bailey and John Swannell especially in the era when air-brushing and photoshopping wasn’t even invented!

Along with my magazine work, I have made many TV appearances on This Morning, GMTV, Style Challenge, Makeover Hit Squad and more. It was during the making of these shows where my passion for make-up took another turn. After spending most of my career making the beautiful look even more stunning, I realised there were many more women who’d like some confidence boosting make-up with the tips and techniques to go with it. I had already spent 4 successful years as the International spokesperson for Boot’s No7, when I decided to launch my own range in December 2002. It’s been so fulfilling to develop the make-up products that women all over the world love and trust to help them look their best at any age.

Please sign up to the newsletter to receive information on new product launches, live events and demonstrations.

My philosophy of the best you at any age applies to all women. I know you can achieve the best you with the right products along with my carefully designed techniques.